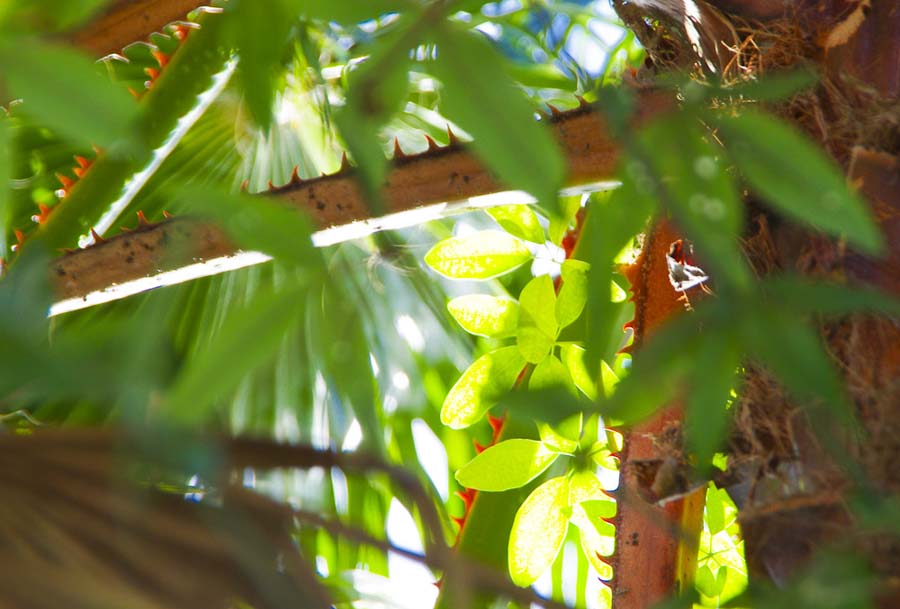 WHERE DID I GO WRONG WITH MY CLIMBING PLANTS?

I love climbing plants and vines. They provide their surroundings with a lush and exotic feel. The garden emerges quickly with a more mature look because climbing plants pretty fast cover surfaces and trellises. Vines and climbing plants often contribute to the garden’s most exotic flowers and an attractive growth habit.

That’s why I enthusiastic bought a long list of different vines and climbing plants when I moved to Houston, TX. I also found some expensive, but nice and elegant trellises on the internet to provide support and some shape to my flat and boring suburb garden. That was my first months here and I really didn’t have a clue. Really. Not. A. Clue. 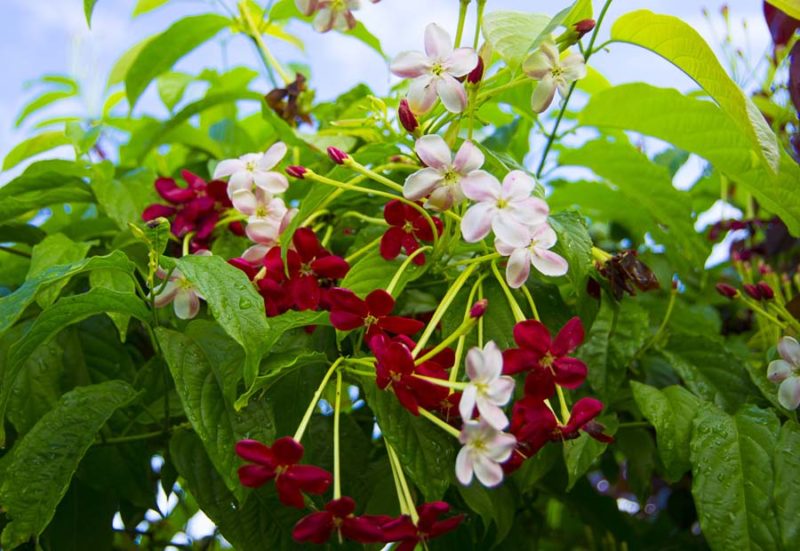 This is a common vine in Texas. The Rangoon Creeper (Combretum
indicum). The flowers start out white and gradually gets a dark red color. It’s an awesome and nice climber who gets pretty huge. 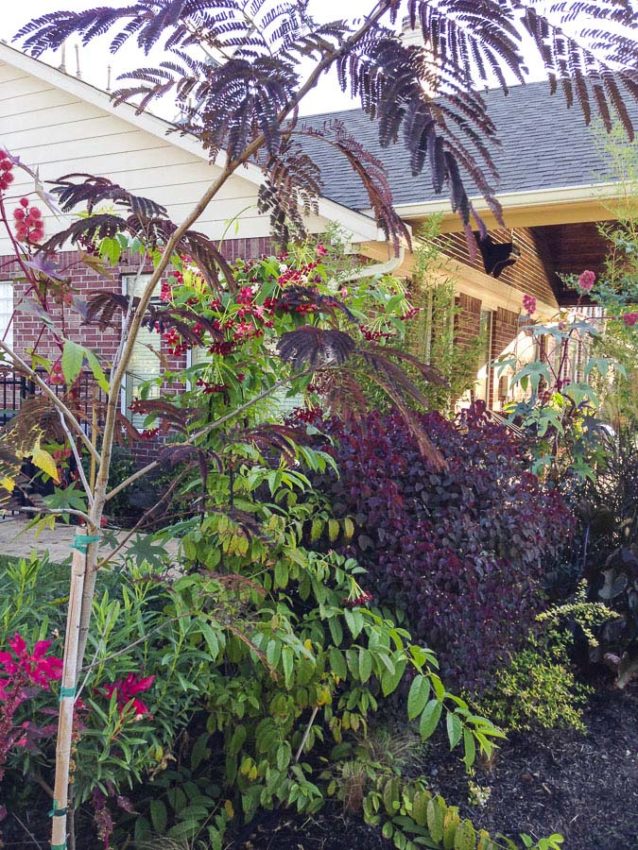 This is how the Rangoon Creeper looked last year 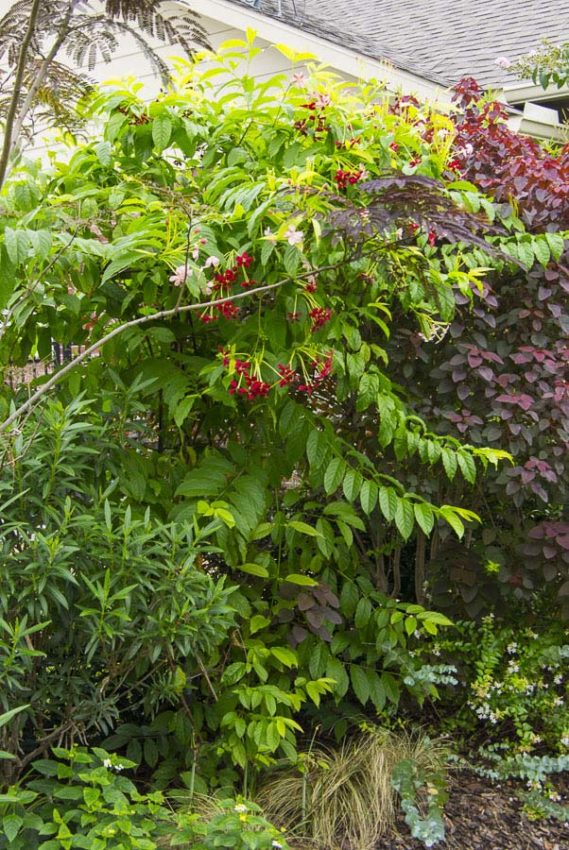 This is how it looks now, 9 months later.

The plants started growing. I wrote about the first one here in last November in this article, Green leafed monster in my garden. I really should have seen it coming after I tried to handle the Hawaiian Sunset Vine. But I thought that was a one time experience. It was not. Like other plants and shrubs, the climbing plants kind of exploded in my garden. They climbed and twirled on everything. My beautiful and elegant trellises got overgrown choked and staggered under the enormous growing vines. Some gusts of wind later and four of five trellises was broken.  So much for my elegant flair. 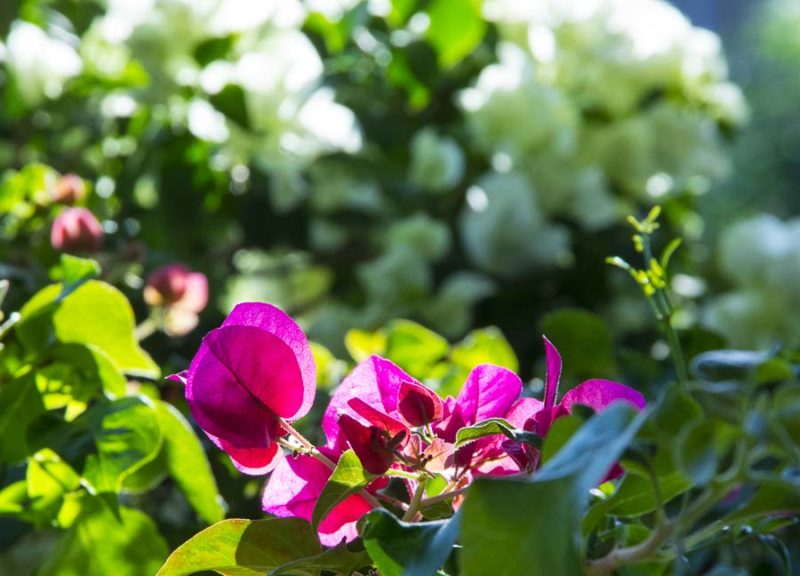 I bought this very sickly and small pink bougainvillaea plant on sale when I arrived here in December -14 (It’s a white one in the background on the picture). 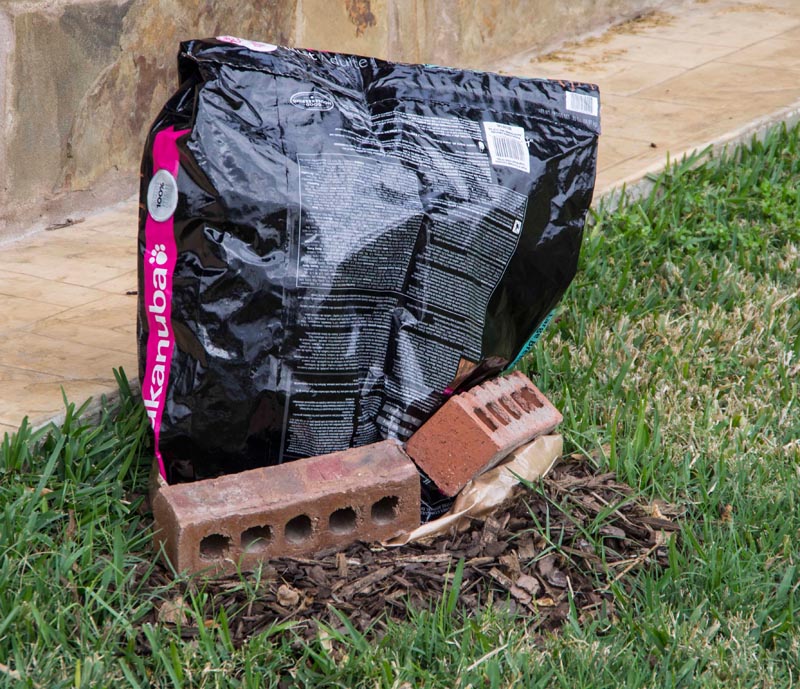 This picture is the Bougainvillea in February 2015. 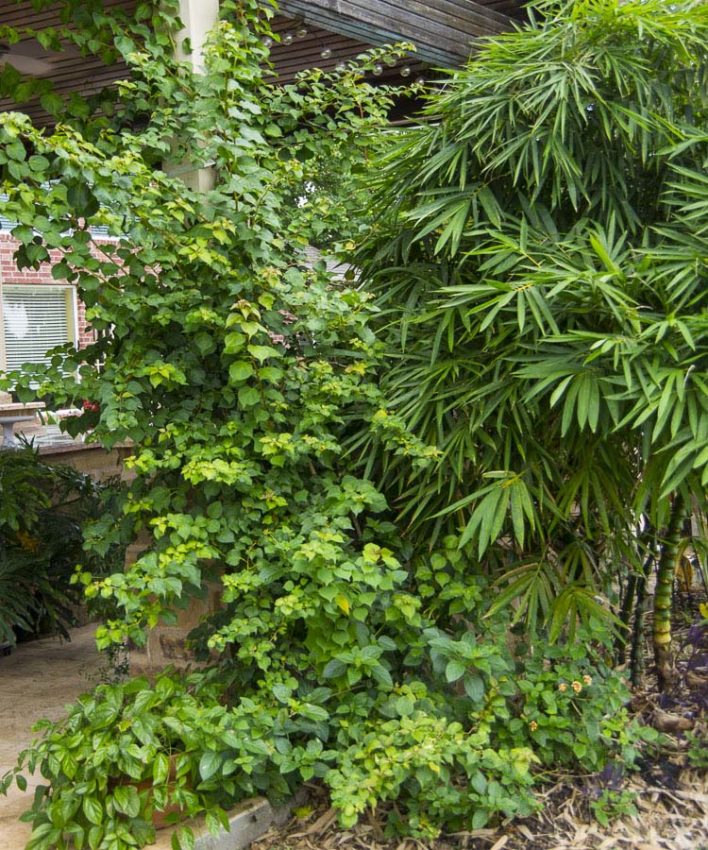 This is the same plant freshly cut back this August. A Wamin bamboo on the right.

I really don’t want to seem ungrateful here. I still love my awesome exotic climbers and vines, but there is some stuff you need to considerate:

–Be aware of how big the plant really gets.

-Some of them bloom less with regular water and nutrients. (Like Bougainvillea)

-Be sure that your trellis is suited for the task.

-Steel yourself and cut back and prune your vines and climbing plants regularly.

-Some of the climbing plants have a lot of leaves and few or not that showy flowers as you imagined. (As Akebia and Evergreen wisteria)

-Choose the neighbouring plants to vines carefully. Tender plants could be overtaken and choked with long twirling stems and leaves from the climbers. 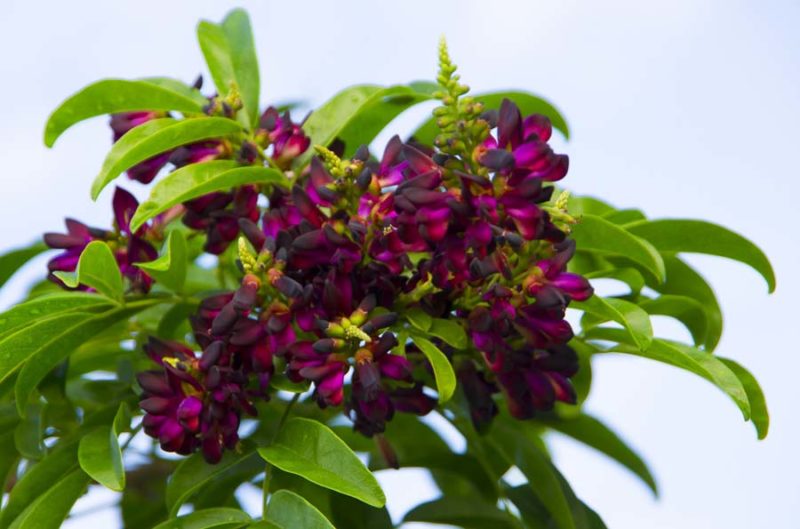 The Evergreen Wisteria (Millettia reticulata) is not related to common Wisteria. The flowers are scented but a tad dark, and there is a big plant for not that many flowers. The plant had grown enormously in my garden and I strive to get it under control. 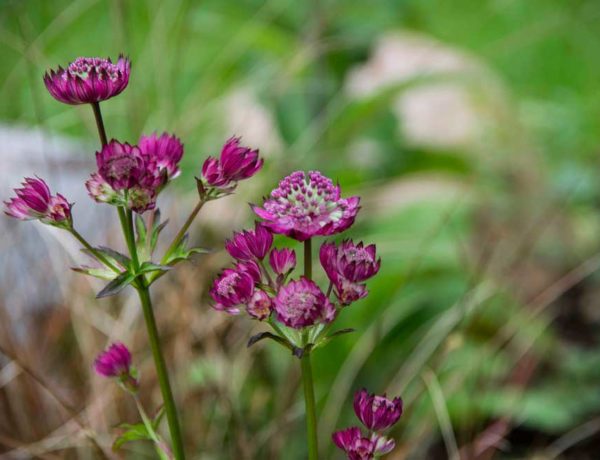 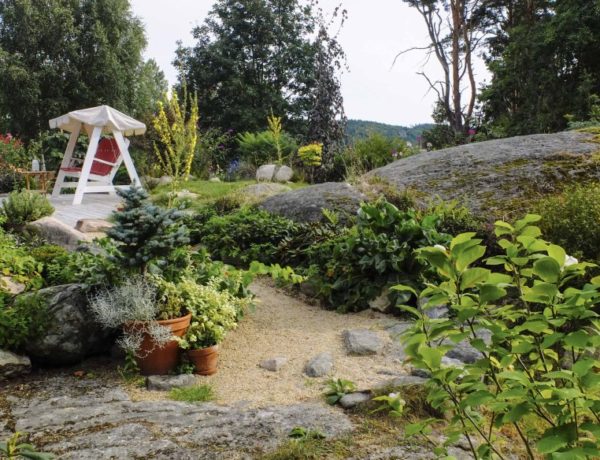 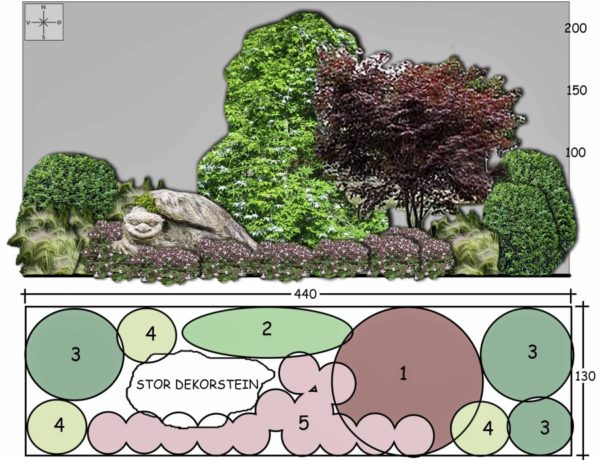 PLANTS AROUND THE OUTDOOR SITTING AREA

THREE THINGS YOU SHOULD KNOW ABOUT BRUGMANSIA