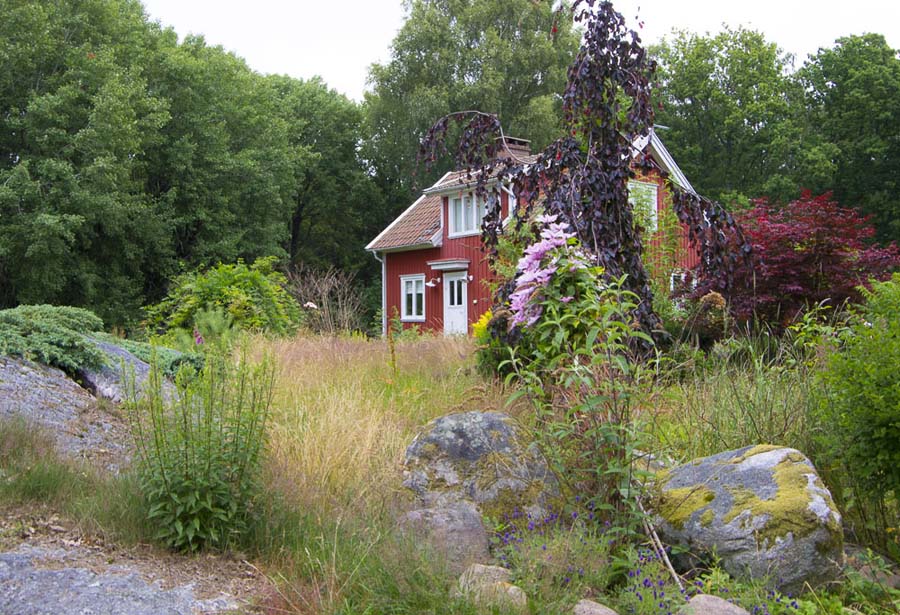 VISITING OUR COTTAGE GARDEN IN SCANDINAVIA

We are back in Houston, TX, after three weeks at our cottage on Orust, Henaan in Sweden.

There is always some mixed feelings for our cottage holidays back home. We do look forward to that we can be together with family and friends, but we kind of dread what could have happened with the cottage and its garden surroundings after the long absence. 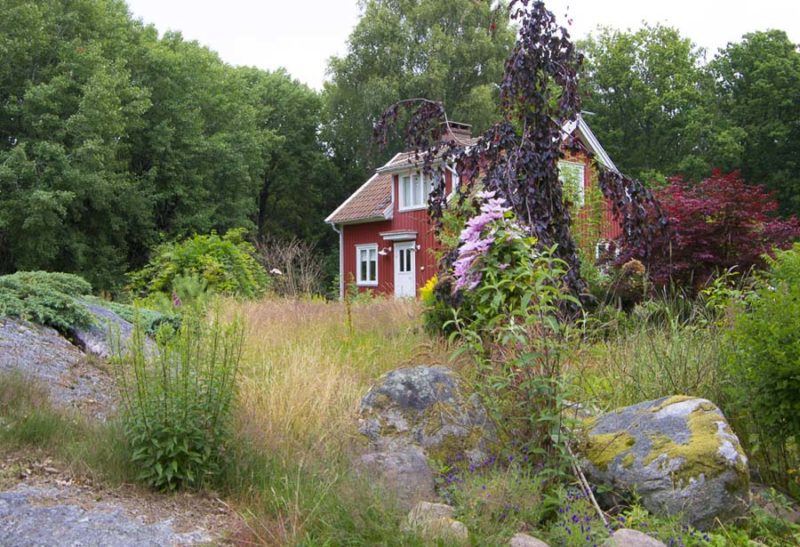 Arriving at the cottage in Sweden. 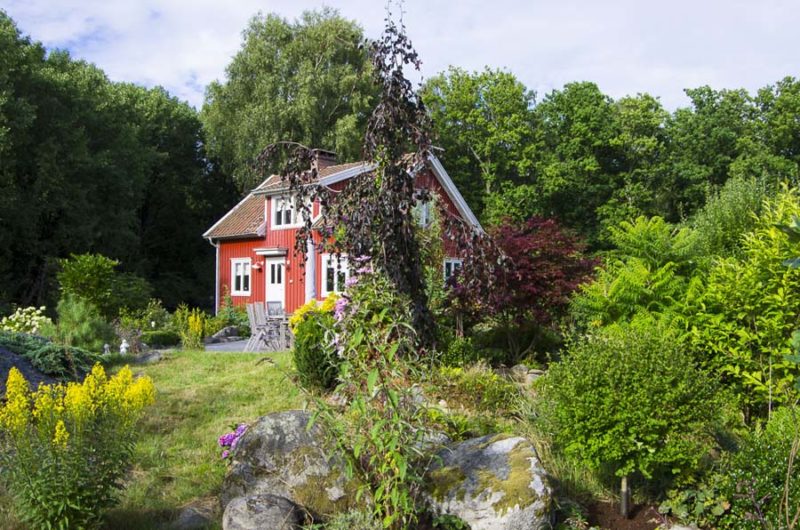 Leaving the cottage after three weeks.

This year it had been a thunderstorm a week before our arrival which had knocked out the refrigerator, the internet connection, and some fuses in the house.

The lightning strike had been so close that it had also shaken up the underground well so that the water was murky and unclear.

The garden has been without any care for a full year. 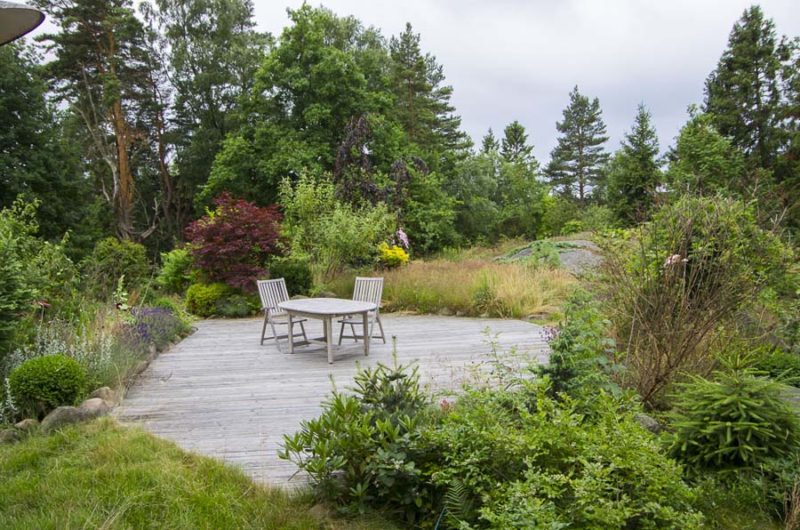 Some of our kids live 2 1/2 hours drive from the cottage on the Norwegian side of the border. They have been visiting the cottage just to oversee that everything was ok before we arrived. 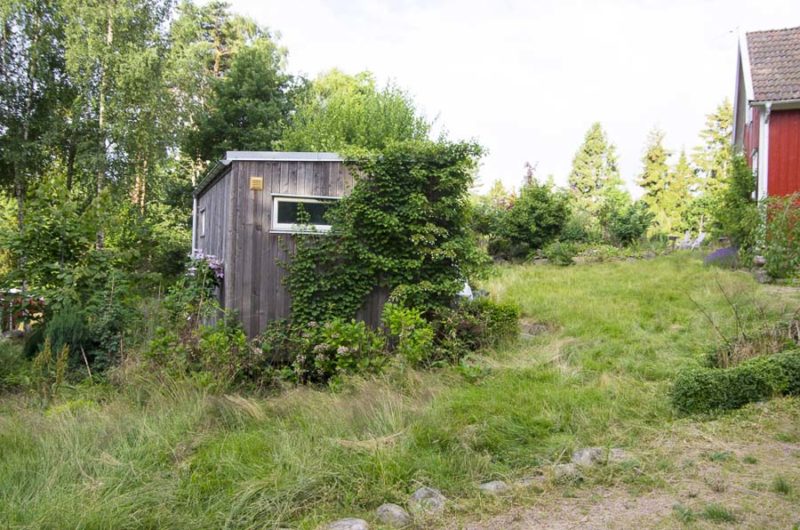 The kids tried to cut some of the lawn with a scythe. Words as “boot-camp” where mentioned.. 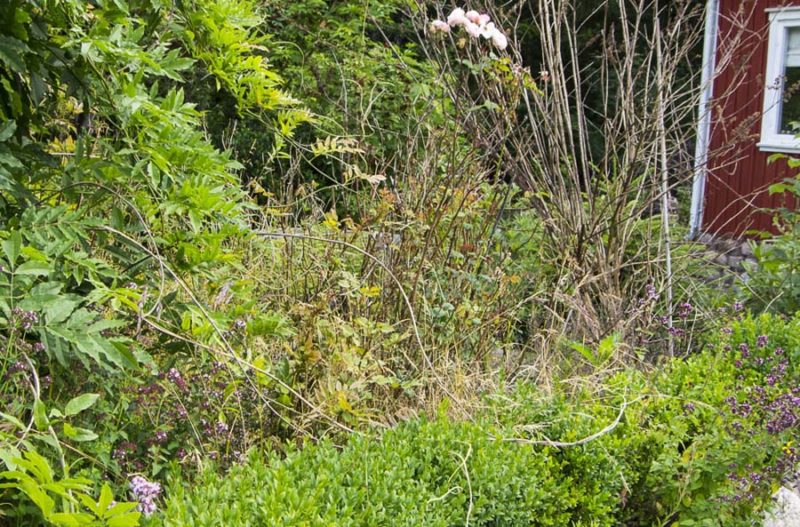 This is where the roses live.. 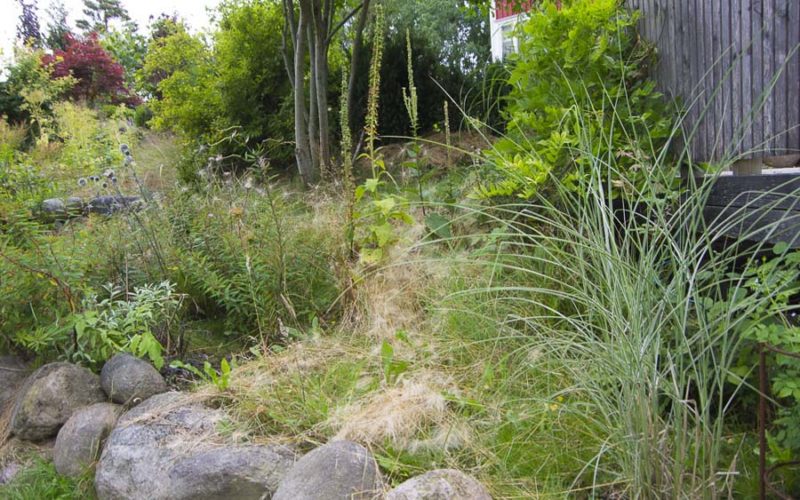 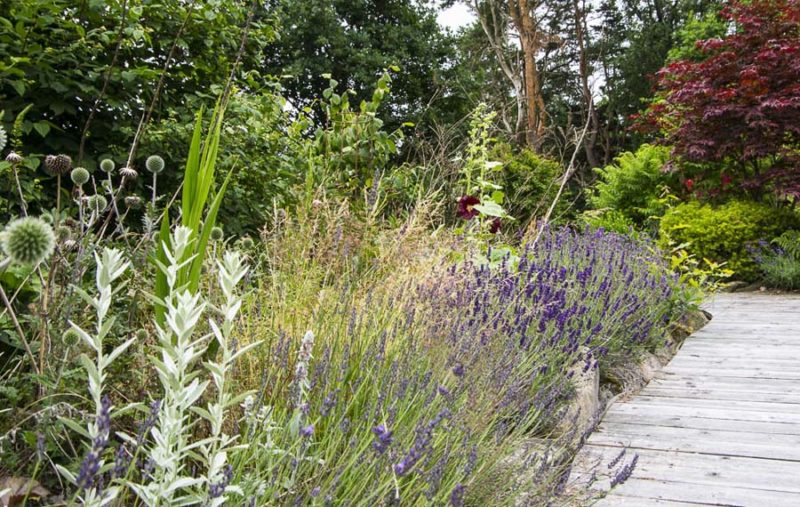 The first five days we fixed the errors in the cottage, weeded weeds, cut the lawns, hedges, washed, aired and prepared food and beds for six of our closest friends who were arriving the first weekend back home.

When our friend left our children arrived with spouses successively overlapping in the last two weeks. And the garden just got some finishing touch with mulch and some water.

The main pests in the garden, eating every rosebud. 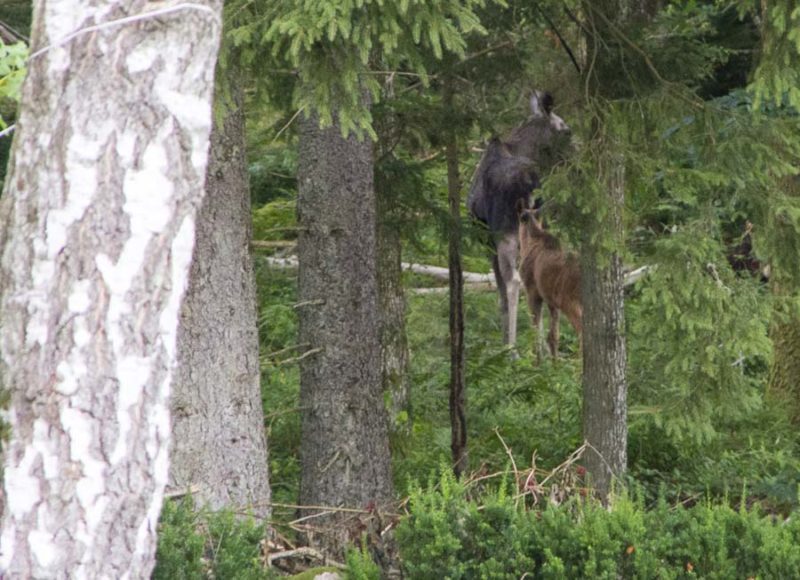 Eating the fruit trees and the hydrangeas, moose with a calf. Both pictures were taken from the cottage this holiday.

Despite being frequently visited with deer and moose, the garden itself is looking surprisingly well.

The main flowerbeds are weeded and look ok again. 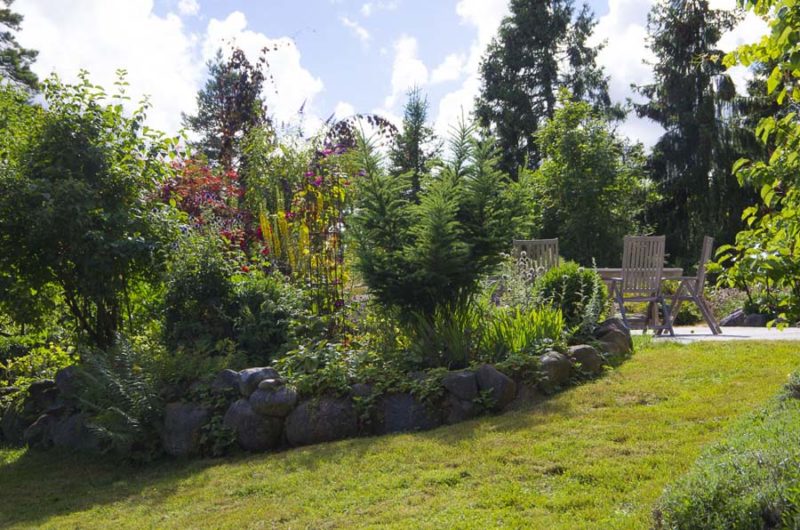 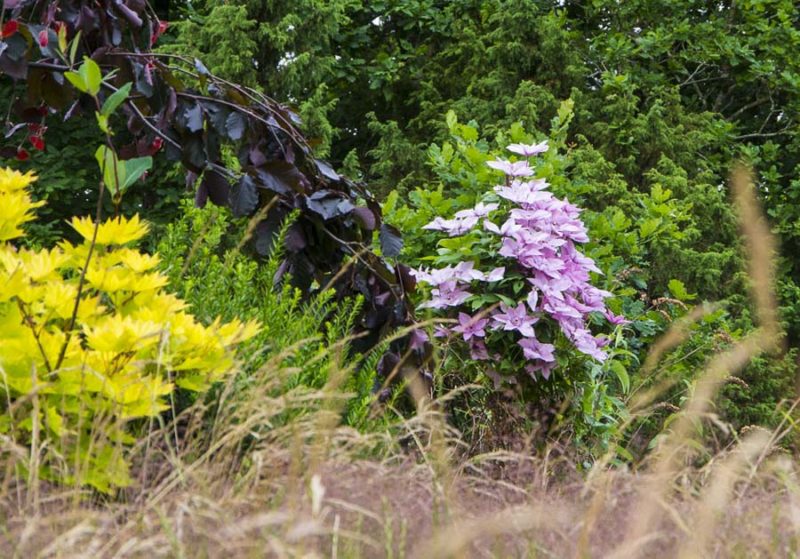 This was a lawn last year. Now it’s a meadow.

Yes, there are loads of weeds, the lawn is more like a meadow, the roses look incredibly tired and gnawed, the moose has broken a lot of branches on the apple trees and the surrounding forest is kind of creeping closer.

But still. The garden only gets some weeks of attention every year, minimal pruning, some mulch, and almost no fertilizer (because of the short summer in Scandinavia). 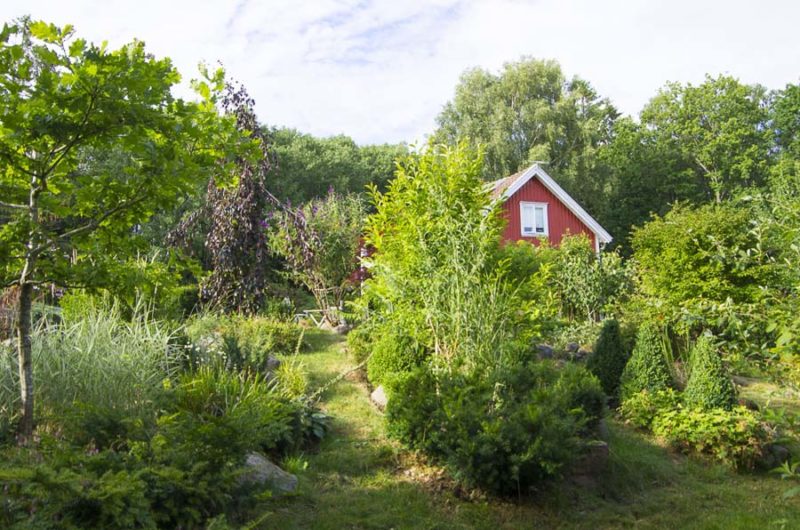 Cutting the lawn paths, weeding and prune some of the keenest shrubs makes a difference.

I think I have some pretty good tips on how you can prepare your cottage garden for long absences. 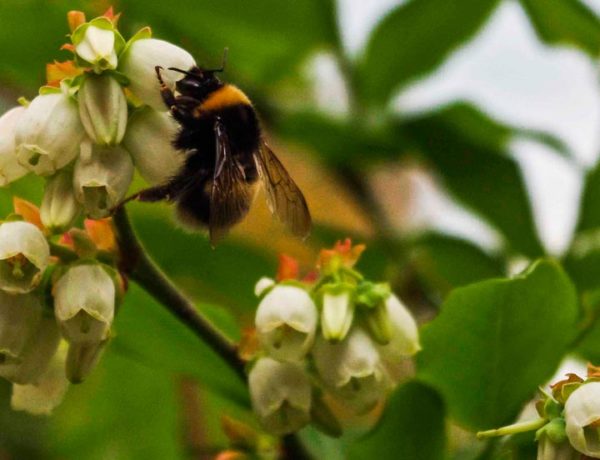 GREEN IS THE NEW BLACK! 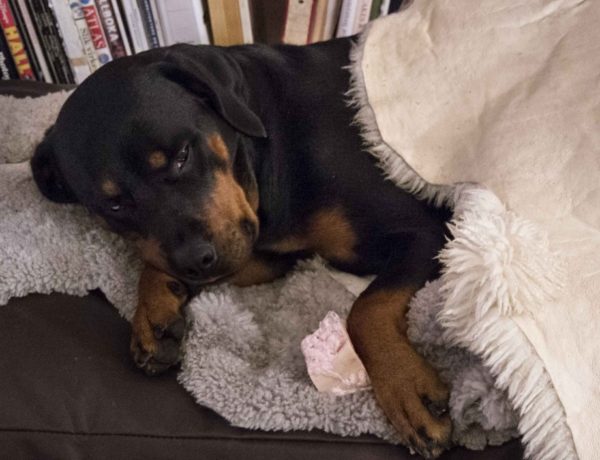 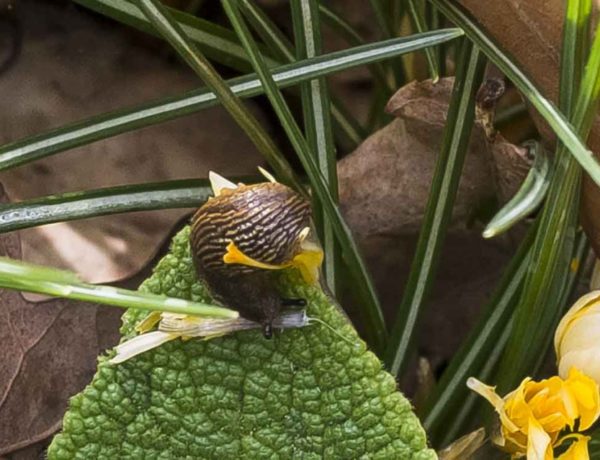 THE JULYGARDEN IN SUBTROPICAL CLIMATES

PREPARE A GARDEN FOR LONG ABSENCES