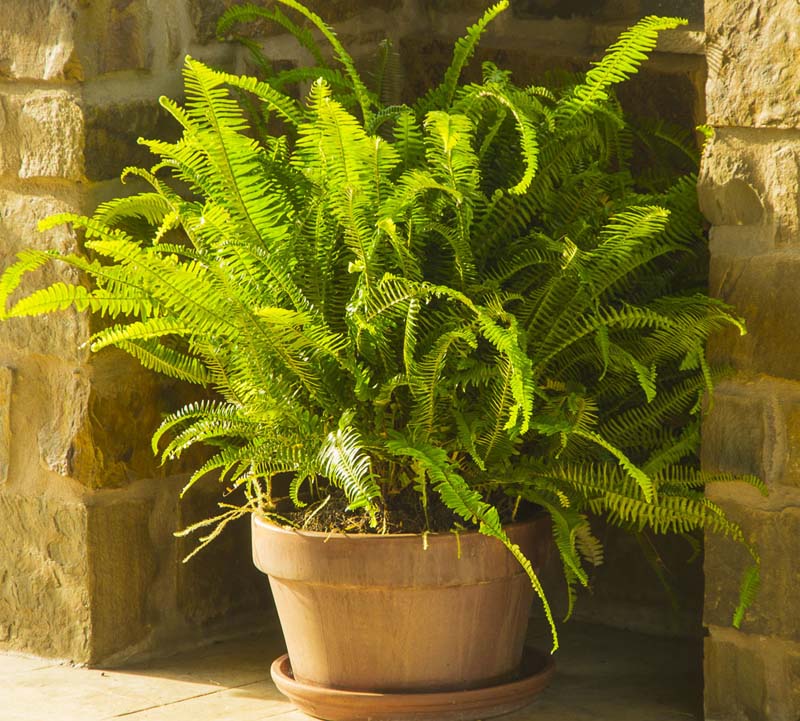 As a kind of theatre where each plant has its role. But flowers and plants in containers require that you regularly use the time to nurture them, remove dead flower and leaves, they need nourishment, protect against insect attack and not least you have to make sure that they get regular water.  When it’s really hot here in Texas, I water most containers almost every day.

Something that I have used here and also home in Scandinavia is water-retaining crystals which you can buy under various brands here.

As an extra backup, if I forget to water all the containers, I am pretty sure they save me and my plants to worry too much for an extra couple of day or two. And that is a lot of it is your precious (and expensive) favourite hibiscus plant. The crystals are mostly made of absorbent polymers (or starch) and can absorb hundreds of times their own weight in water. When the soil gets dry the roots of the plant suck out the water from the crystals.

There is an ongoing discussion about the crystals poses a health risk.

Some years ago peat moss was the nr ONE water retaining soil additive but with an increasing level of environmental awareness of the destruction of the world’s peat bogs (The UK will ban peat moss from the gardeners from 2020 and in commercial use from 2030), we have to look into alternatives.

I use the water retaining crystals in two ways.

I mix them directly into the potting soil when I am potting a new plant or I make some holes around the outer perimeter of the plant’s container (trying to not disturb the plant roots too much) and pour some crystals in the holes in an already potted plant. Do not use too much, the really expand surprisingly much! 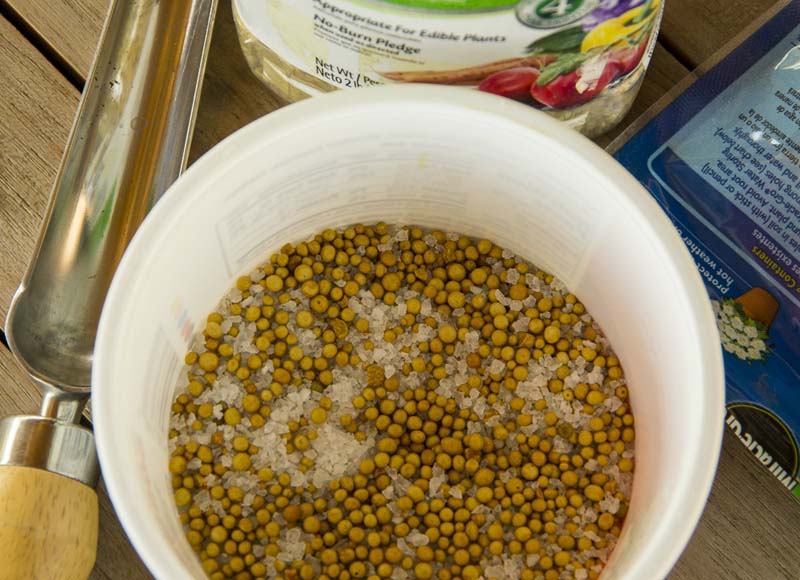 Here I am mixing the crystals with some long-term fertilizer before I am going to slip it into the existing container plants. 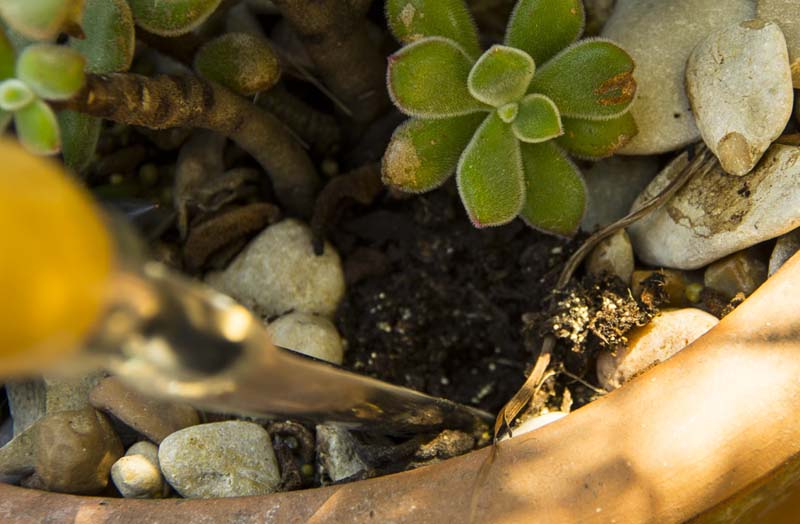 I make a pretty deep hole with my new and flashy garden spade (You can use a pin or a spoon or something like that too). 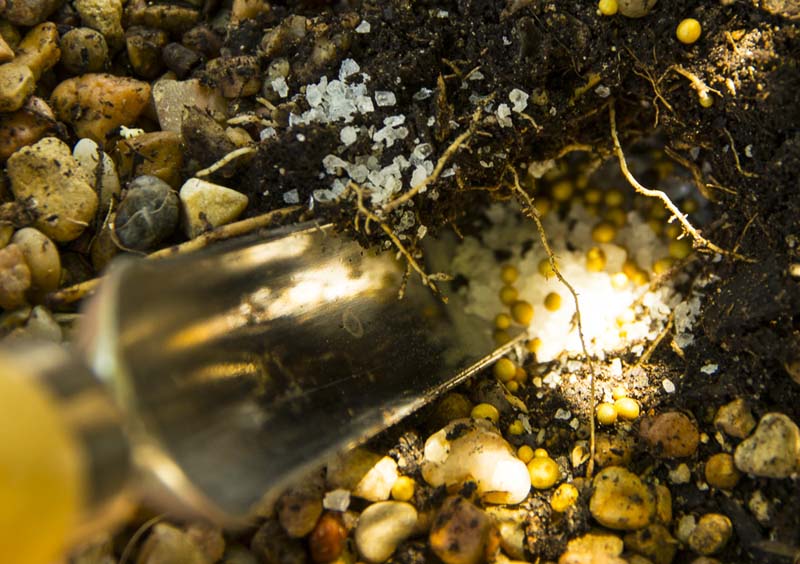 I pour around a tbs of the mixture down in the hole and put some soil on top again. You can repeat this around on the outer edge of the pot sometimes, depending on how big the container is. 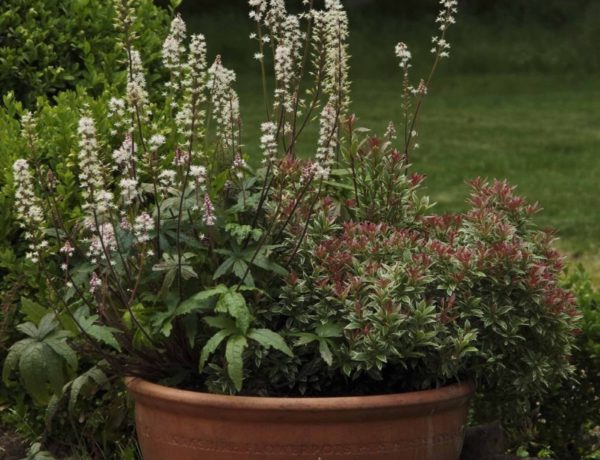 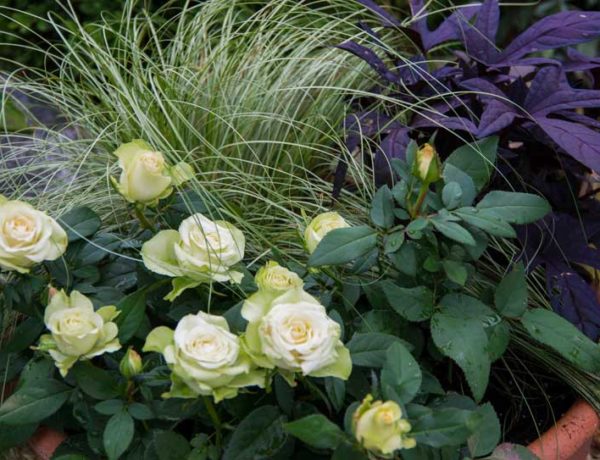 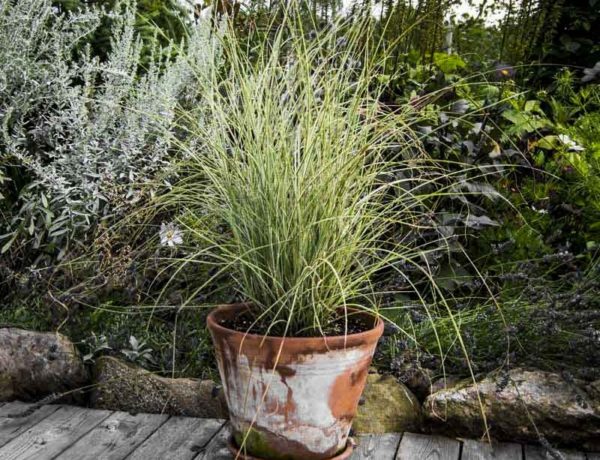