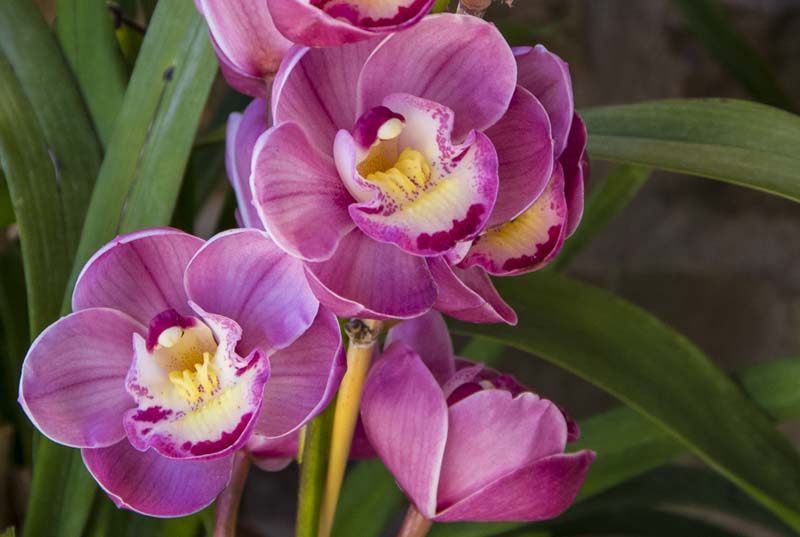 MY CYMBIDIUM ORCHID AND WHY IT BLOOMED AGAIN

Last February I got this amazing big Cymbidium orchid from my husband. I think it was five or six stems with big, fat purplish flowers. I just loved it.

When the plant finally had thrown the last flowers away months later, I repotted it in a slightly larger terracotta pot (used a special bought orchid mix). Then I moved it outside and placed it in a shady spot close to the backdoor so I could follow it up. Later last summer I placed it by the small pineapple fountain on the shaded part of the terrace. The orchid was still a nice green-leaved container plant.

In November I spotted some small stems with buds on. Most of the small buds just disappeared, but there was still one left.

I didn’t dare to take the container inside again because of all the creatures I imagined living in the container. (After all, I am still a Scandinavian where all subsoil is frozen months at a time every year and I look at all the small creatures here in Texas with horror mixed joy, -which I usually don’t want to share my favourite armchair indoors with).

But I was sure that I would lose the last flowers too if it still was placed outside in the cold winds in December and January.

So I stuffed it in the small ugly plastic greenhouse/tent together with my other plants with questionable survivability. The small greenhouse has no heating, but it shields from cold winds. And now in February, the orchid blooms again!

Yesterday I searched the internet (better late than never) about how you can manage to make the Cymbidium orchids to rebloom. I learned that they need a distinct drop in temperature between day and night.

And I guess that was the clue. Keeping the plant outside all the summer and most of the fall made it flower again.

I wrote about how to take care of potted orchids here. 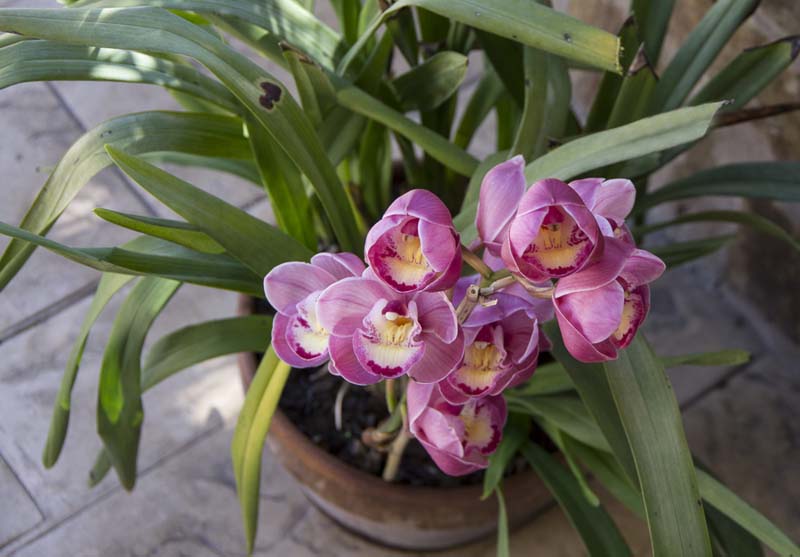 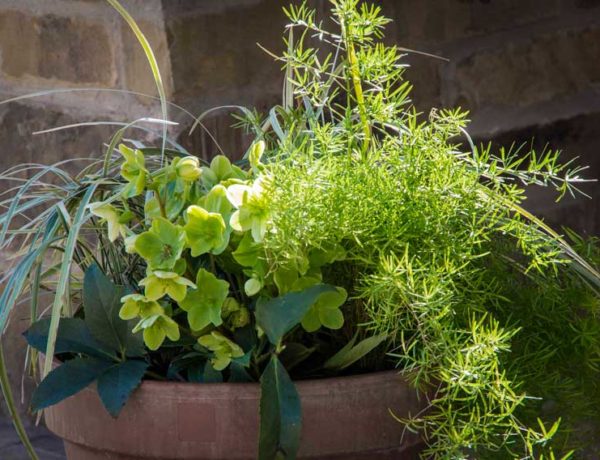 A CAREFREE CONTAINER FOR THE COOL SEASON 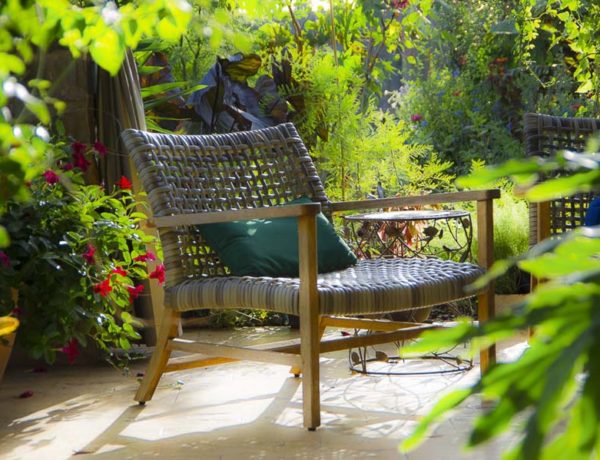 PLANTS AROUND THE OUTDOOR SITTING AREA 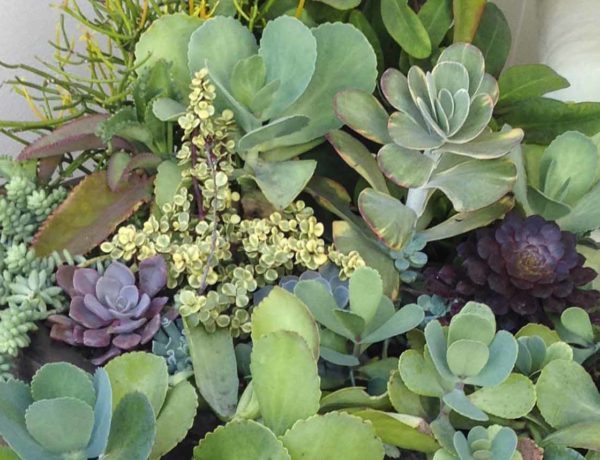 HOW TO PLANT SUCCULENTS IN A CONTAINER