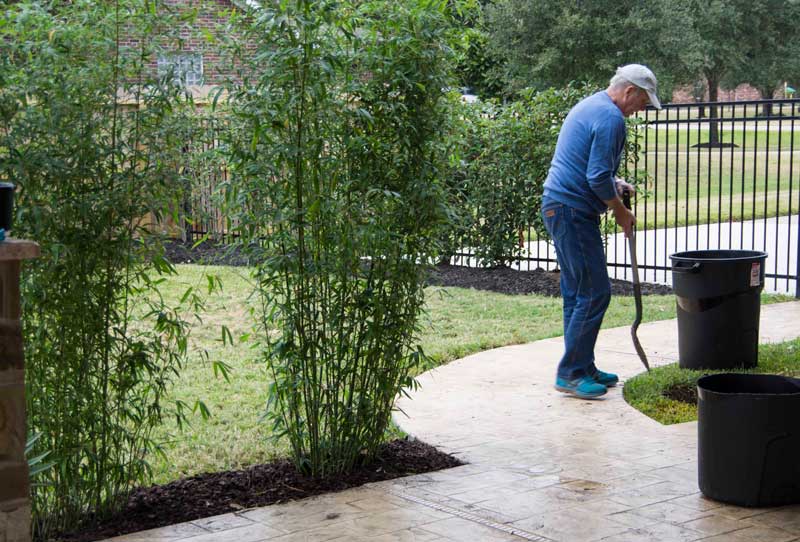 HOW TO MAKE SOME RAPID SCREENING IN THE GARDEN.

On the southern side of the house, we live in is a wonderful large covered terrace. It was basically the main reason why we chose to rent this house. Being able to stay outside as much as possible when you have the chance like here in Texas was a key point on the wish list for the whole family.

The main idea was to achieve some sheltering and privacy from the street and emphasize the feeling of a screened room.

To quickly create this bamboo is a relatively inexpensive and yet exciting solution.

Bamboo can very roughly be divided into two types: clump-forming or running.

Since the only garden centre I had found two weeks after I arrived from Norway had some big pots on sale, I purchased them. There were no names on the pots, and those freezing helpers at the garden centre had no idea what it was called.

I think it is Arundinaria gigantea, Giant cane. It is a native specie to Texas. The only native bamboo in the US, actually.

The best with bamboos is the mild (though graphically) but slightly spiky appearance. Bamboo gives a silky, whispering sound in wind and sunlight almost sparkles on the leaves.

The serious problem with bamboo types that are runners is that they quickly spread aggressively and are difficult to keep under control. The runners can travel some feet underground, then establish themselves eg. on the neighbour side of the fence. Not good at all!

To prevent the spread of bamboo beyond our control, they were planted in large tough plastic tubs with drainage holes in the bottom. The plastic edge sticking a few inches up out of the ground so that we can easily see any runners escaping.

I have to find a way to cover up the plastic edges later on. 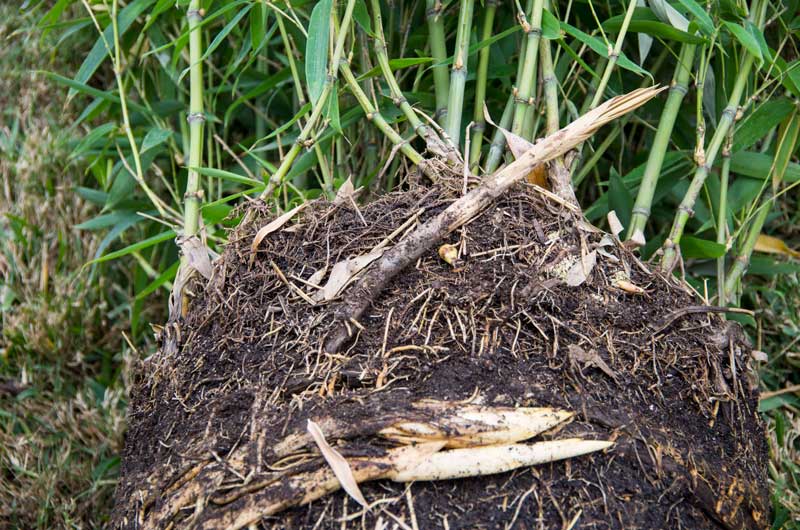 Oh yes, this is a runner, be aware! 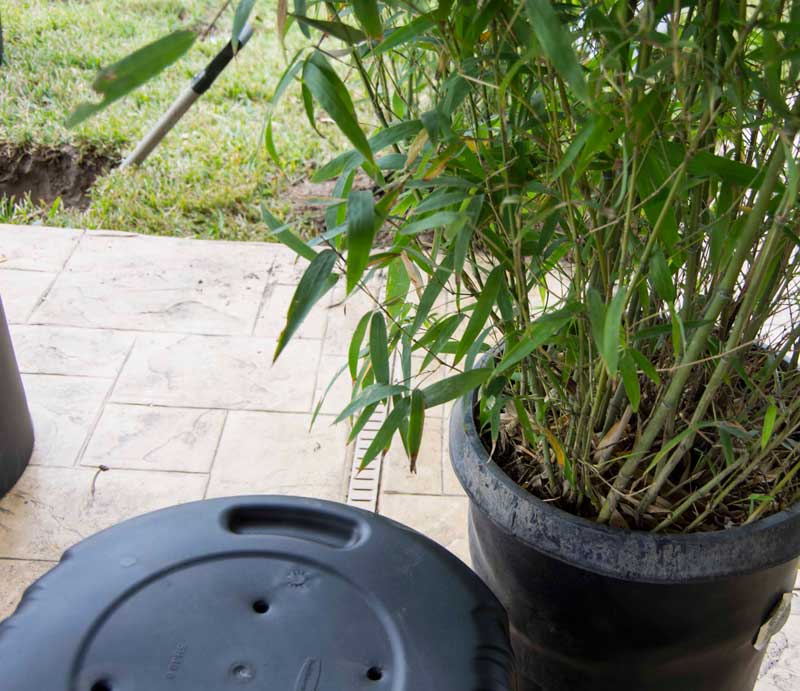 Making drainage holes in the bottom of the plastic tubers. 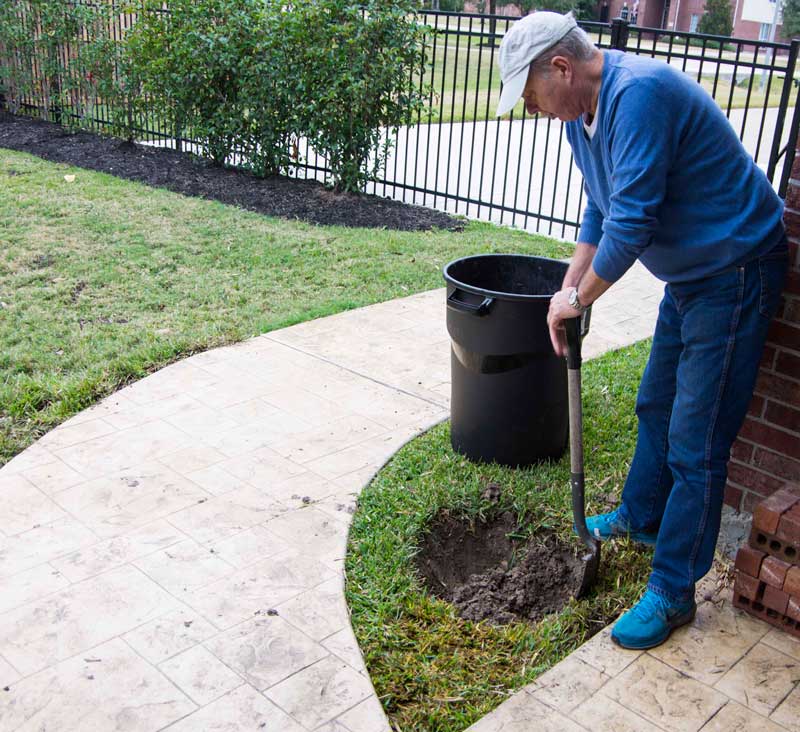 My 74 year old dad was the eager digger. This way he could eat even more of the wonderful Texan bacon. 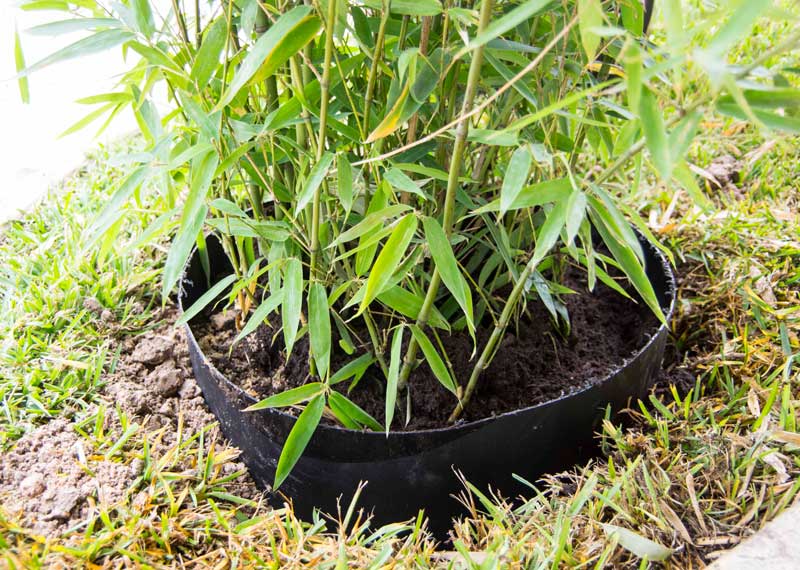 This is as deep we buried the plastic tubers with the bamboo. Want to keep control of the runners. 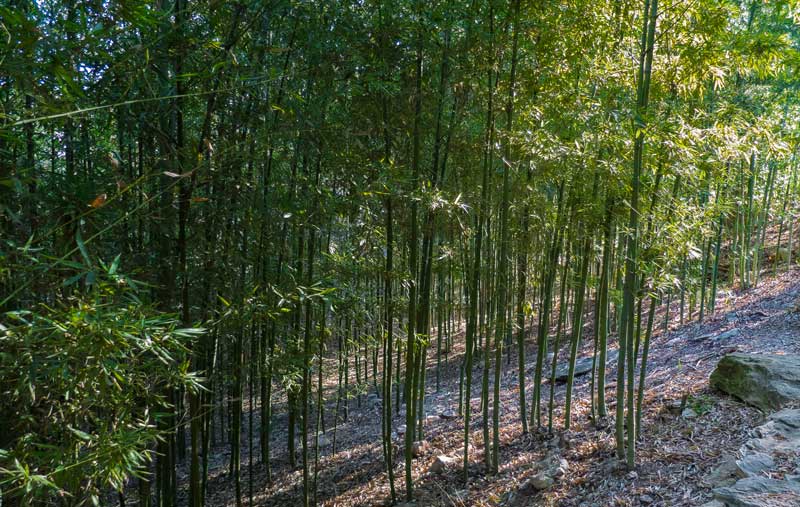 This picture is from last February in Austin Botanical Garden. The bamboo is artfully thinned so you get a slightly groomed yet wonderful impression of the bamboo. 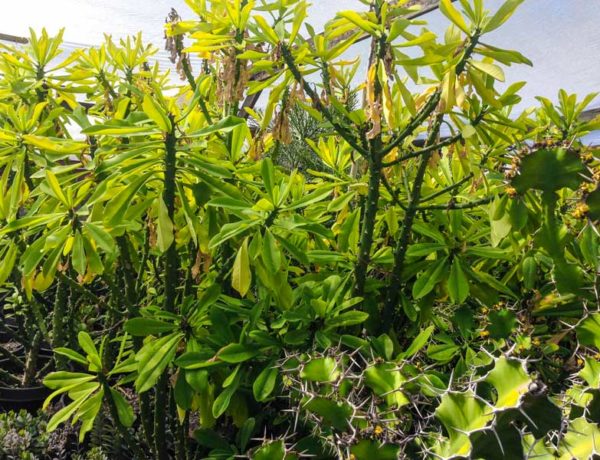 IN SEARCH OF SUCCULENTS 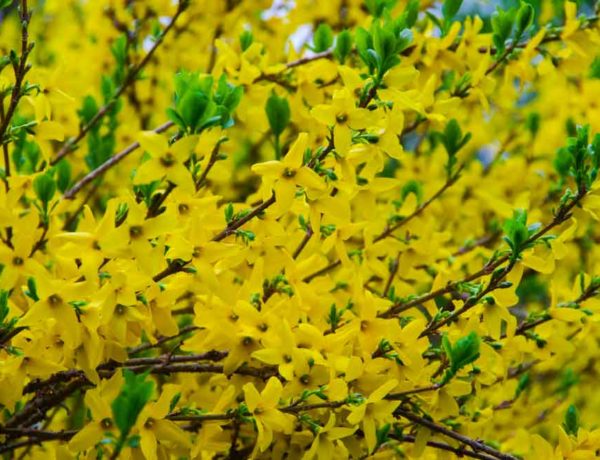 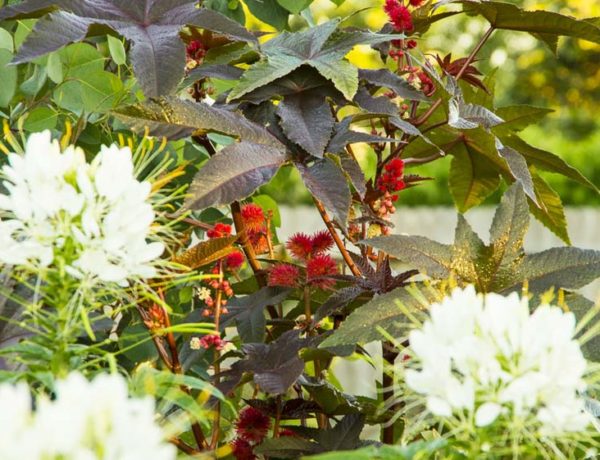 A CAREFREE CONTAINER FOR THE COOL SEASON

WHERE TO BUY SEEDS ONLINE?